Never give a builder money up front. We’ve been warned of this many times yet, when you buy a house or apartment off-plans, that is precisely what you have to do (albeit not the whole sum, but a deposit of up to 10 per cent of the purchase price).

Buying a property in such a way involves a dream and a leap of faith. A dream that your home will be beautiful and faith that the developer and builder will complete the project well and on time.

Once you’ve seen the plans and the artist’s impression of the building, you’ll be carrying a picture of your future home in your head. But to ensure that picture is pretty accurate you need to really understand what you are being shown.

Colloquially known as buying off-plans – you will probably be buying off plans, sections, elevations and specifications. Plans show the layout of the rooms, depicted as if you were looking at the building from above.

From these you can tell how big the rooms are and the position of the windows and doors, for instance, but they won’t tell you how high the windows or ceiling are. For this information you need to see a section, which is a picture of the building sliced from top to bottom. The plans also won’t show where the sockets, television and internet connections are situated: the specifications should give you this information. These will also tell you what material your home will be built from.

Armed with this information you’ll be clearer about what you’re getting and how to make the most from your space.

Once you know the room sizes, it helps to apply that information to rooms that you already know. You can either measure the rooms in your existing home to see how they compare (you can lay the new rooms out with string if they are smaller) or you can go and look at another scheme by the same developer.

Many developers now use the same architects on their various housing projects and many will design to some sort of tested formula, so you will get an idea of what your finished home will look like. Be aware that some schemes by the same developer and architect will have lower budgets, and specifications, than others.

Take the plans home with you and cut out pieces of furniture to scale – to get an idea of how it will fit. In some bedrooms, for instance, there will only be one possible place to put the bed – dictated by a window on one side and entrance to an en suite on the other, and perhaps doors into a living-room on the third wall.

Windows, fireplaces and doors can restrict where you are able to place furniture in a livingroom. Knowing where the sockets, internet and television points will be also helps you with this.

Elements that will make your home feel more spacious include good ceiling heights and daylight. If your new kitchen and bathroom are internal (no windows to the outside) check whether they have doors or windows (or a glass block wall) into rooms with natural light.

If the developer has raised the ceiling height above the standard 2.4 metres the space will seem more generous.

In a living-room, windows can reach to the floor, but in a bedroom it’s usually better if they are at waist height, for privacy reasons. Windows that are more than 1.2 metres off the floor are too high for those sitting down to see out of.

Windows that rise to the ceiling allow more natural light to reach deeper into the room. The plans won’t show whether this light path will be obstructed, perhaps by a balcony in the apartment above or nearby buildings.

Better estate agents will guide you to the site to see how the building is oriented (south is best, then east or west, and finally north) and what else is in the area.

Be wary about having your home near any empty land as, especially in urban areas, land no longer stays vacant for long.

At your local planning office you can check whether planning permission has been sought on any adjacent sites. You can’t guard against future applications, though. The purchaser of one house in Hurlingham, Nairobi recently was surprised to find that an application for a large apartment scheme in the car-park next to his house was posted on the site the day after he paid for his property.

Noise, both internal and external, can be a major headache. A matatu stage, car garage yard or pub next to your home won’t make for peaceful evenings. Being near the lift, stairs or bins may also pose problems, and you might want to consider living on the top floor to avoid hearing feet stomping in the apartment above.

While architects and developers are becoming adept at creating a feeling of space, where there is actually very little, this can up the noise levels. If you have a bedroom opening onto a sitting-room, for instance, ask whether the doors are (or can be) acoustically sealed.

When looking at a row of apartment plans, all of the room layouts can look similar but tiny differences will affect the flexibility of the space. Some homes can be adapted should your needs change in the future, while others can’t.

In a newly built scheme in Kileleshwa, two adjacent apartments look similar but one has a utility room inside the front door which, at a push, could be used as a baby’s bedroom while the utility room, in exactly the same position in the apartment next door, couldn’t. The difference is that the entrance hall in the second home is slightly wider, making the utility room thinner. Added to this, the utility room has a services void (where the electricals are housed) jutting into one corner.

The en suite bathroom also has a services void cutting off one corner, making it too small to use as a potential third bedroom. In the apartment next door, the bathroom could be converted into a bedroom because its services void is in the main bedroom (where the lost corner doesn’t affect the overall space as much). Communal storage can also make a huge difference, negating the need to store a bicycle in your tiny hallway.

Some developers are building roof structures that make it easier to convert attics into rooms (which don’t involve huge alterations to the trusses or expensive reinforcements). Ask whether this is the case in your home.

Some elements of buying off-plans are “subject to change” and, with this having been a sellers’ market, some buyers have had to weather massive changes, such as the building being completed very late or the fabric of the building altering. In one recent case in Mombasa, the building was sold off-plan as a stone structure but was built with mud blocks and plastered . In recent history the attitude has tended to be “take it or leave it”, as someone else will buy the property if you don’t.

With this in mind, it’s a good idea to get some background information on the financial health and track record of the company you are handing your money to.

How to protect yourself against the new coronavirus #COVID19 @KenyanTraffic 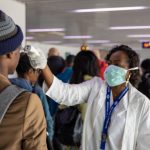 Step by step procedure of constructing a house