How to acquire a title deed through inheritance/succession

Inheritance of land is one of the most common ways through one can own land. However, in many cases, after the parent has subdivided land and given it to his children under customary system, the inheritors make no effort to obtain title deed. This may be because the parent didn’t have a title or they are unable to go through the tedious and expensive system of land subdivision, survey and documentation. Where the parent is able to go through the procedures and processes, then the normal sequence of land control consent-subdivision-survey-consent-transfer-title (CSSCTT) indicated above should be followed.

In this section we present steps used in succession procedure together with different forms and actors at each stage. There are twelve important steps involved in intestate succession process. These include:

i) Acquisition of Death certiﬁcate

Death certiﬁcate is a document used as prove of death of the proprietor of land or any other asset. The process of succession cannot commence without this prove. To obtain a death certiﬁcate one need to approach the registrar of births and deaths in their respective sub-counties armed with a burial certiﬁcate together with the deceased’s identity card and a letter from the chief where necessary. Where the death occurred before the enactment of the registration of deaths and births, the registrar will issue a conﬁrmation of death through a letter that relies on information given by the chief and indicate the time of death.

ii) Petition through Valid will to the High Court:

In case where there is a valid will, the petitioner may approach the court for grant of probate to execute the will then administer the estate in accordance with the will. A probate translates the will into an enforceable court order to be followed by the executor to the letter. It gives the executor the authority to deal with the property of deceased in accordance with the provision of the will.

READ  How to buy property in the Philippines

In the absence of a will, the process of intestacy commences. The rules of intestacy determine the question of who is entitled to the property of the estate of an intestate (person who died without a will) In many cases, the process starts with a letter from the local Chief which clariﬁes the facts of the deceased’s estate and the spouses and heirs. The letter may mention liabilities where it’s necessary. Liabilities may include people who are owed money by the deceased or people who had purchased part of the land. The Chief’s letter is always addressed to the court. The Chiefs are entrusted with this mandate as they are expected to be closer to the family and hence in the know of all the relationship in the family of the deceased.

Upon presenting the Chief’s letter, searches and death certiﬁcate to the court the applicant is allowed to ﬁle an ofﬁcial petition or a formal request to the court to be appointed as an administrator of the deceased’s estate. The applicant does this by ﬁlling form P& A80 called petition for letters of administration intestate. This petition is either attested by a lawyer or a magistrate.

v) Filling of Afﬁdavit in support of petition for letter of administration intestate (Form P&A 5):

This is a sworn afﬁdavit which conﬁrms the facts of the case, the estate and the heirs as contained in the chief’s letter. This afﬁdavit turns the chief’s letter into a sworn statement made by the applicant (s) adoptable in law. The petitioner is required to appear before the judge in person with witnesses to conﬁrm to the content of the petition and the claim therein

This form is ﬁlled by people who know the applicant, the estate and the heirs very well and constitutes a guarantee by the guarantors to ensure that the petitioner fulﬁls his mandate as promised in the petition papers.Forms P&A 80, 5 and 57 may be collected together from the court and ﬁlled at the same time and returned to the court. One should always ask the court ofﬁcials to help you ﬁll the forms if you are not certain or if they are not represented by an advocate. The guarantors may be required to swear an afﬁdavit to support petition before a judge.

The court upon receiving the petition papers that are dully signed and attested prepares a notiﬁcation for the gazettement. The notiﬁcation informs all and sundry about the petition and gives those with interest a chance to raise an objection within 30days. Upon lapse of 30 days, the petitioner may return to court to collect the letters of administration. If an objection that brings up substantive issues is raised, the petition process is halted and a full hearing of all parties together with witnesses is ordered.

ix) Sworn afﬁdavit by petitioner requesting for conﬁrmation of grant:

Sworn afﬁdavit by petitioner requesting for conﬁrmation of grant as per section 7 (2) (4) cap 160 of the laws of Kenya and indicating how the estate should be shared between the heirs and liabilities is launched. It is important that the spouses and heirs have an agreement on how the estate will be shared before ﬁling this afﬁdavit. It should be noted that many disputes may arise at this level concerning fairness in sharing of the deceased’s estate.

x) Notice of motion to hear the application for conﬁrmation of grant:

This are actually summons to appear before the judge by all the concerned parties to conﬁrm that they are in agreement with the manner in which the estate has been distributed by the administrator(s). Any objection at this stage will require the parties to iron their differences and come back after consenting. Further objection may lead to full hearing.

If there is agreement by all with the manner in which the estate has been distributed the court will issue a certiﬁcate of conﬁrmation of grant which shows what each beneﬁciary will gets what from the estate. This grant is a court order and must be followed by all to the letter without any alterations. In of need for any change or if an omission is discovered, the orders should be taken back to the court for endorsement.

xii) Transfer of the estate to the administrator ( Form RL 19):

Form RL 19 is used to transfer land from the deceased’s name to that of the administrator upon his appointment by the high court. The form is executed by the High court Executive Ofﬁcer and gives the Administrator power to administer and distribute the deceased’s estate in accordance to the agreement endorsed by the court or probate grant.

after succession grant in kenya what next, How to acquire a title deed through inheritance/succession, how to do a land succession certificate in kenya, land inheritance, succession act

To Let: Luxury apartments in Malindi

The apartments arespacious, some overlook the swimming pool and are…

Dandora 7 rooms for sale READ  What is the difference…

How to tell the difference between Caution and Restriction(caveat) 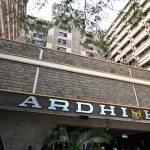 25 Land terminologies every adult must know