During the 1988 desert locust plague, swarms crossed the Atlantic from Mauritania to the Caribbean, flying 5 000 kilometres in 10 days.

Scientists were stumped because migrating swarms normally come down to rest every night. But locusts can’t swim, so how could it be?

It turned out that the swarms were coming down at sea – on any ships they could find, but also in the water itself. The first ones in all drowned but their corpses made rafts for the other ones to rest on.

Since the dawn of agriculture more than 10 000 years ago mankind has had to deal with a resourceful and fearless enemy, Schistocerca gregaria, the desert locust. Normally loners, every so often these natives of the deserts from West Africa to India turn into vast, voracious swarms that leave hunger and poverty behind them wherever they go.

Throughout history, farmers and governments have made attempts to repel the bands and swarms of locusts by collecting insects, creating noise, making smoke and burying and burning the insects. But all of this had little effect. With swarms sometimes extending for hundreds of kilometres, and containing billions of individuals, they conquered by sheer force of numbers.

It has long puzzled humans where these animals came from and where they survived. Only in the mid-20th century was it realized that the light brown solitary desert-dwelling insect was the same species as the red and yellow locusts of the plagues. Only when its biology was understood and chemical pesticides and aerial spraying became available a few decades ago, could efforts be made to control the insect. But large-scale pesticide use also raised real concerns for human health and the environment.

On the seventh-floor Emergency Centre for Locust Operations (ECLO) at FAO Headquarters in Rome, Keith Cressman, FAO’s locust forecaster, checks current environmental conditions and locust population data from the three computer screens on his desk. The last big locust upsurge ended early in 2005 and the current alert level is green or calm.

The experts at FAO’s ECLO are readying to fight the next round in the age-old battle against locusts – wherever and whenever that may be.

“The next time,” says Cressman, “we’ll fight with new tools”.

Recent advances in biological control research, coupled with improved surveillance and intelligence, could make a big difference when the next round in the battle is fought. Such products could make it possible to sharply reduce the amount of chemical pesticides used.

One promising avenue is research currently under way at the International Centre for Insect Physiology and Ecology (ICIPE) in Nairobi. An ICIPE team headed by a Zanzibar-born chemical ecologist, Ahmed Hassanali, has identified and synthesized a specific locust pheromone, or chemical signal, that can be used against young locusts with devastating effect.

Phenylacetonitrile, or PAN for short, normally governs swarming behaviour in adult males who also use it to warn other males to leave them in peace while they mate. But, Hassanali found it has startlingly different results on juvenile wingless locusts, known as hoppers.

Just as adult locusts form swarms, hoppers will, given the right conditions, stop behaving as individuals and line up in marauding bands up to 5 kilometres wide. They are only slightly less voracious than adults, who eat their own weight of food every day.

In three separate field trials – the most recent in Sudan last year – Hassanali’s team showed that even minute doses of PAN could stop hopper bands dead in their tracks and make them break ranks.

PAN caused the insects to resume solitary behaviour. Confused and disoriented, some lost their appetite altogether, while others turned cannibal and ate one other. Any survivors were easy prey for predators.

What makes PAN particularly attractive is that the dose needed is only a fraction – typically less than 10 millilitres per hectare – of the quantities of chemical or biological pesticides. This translates into substantially lower costs – 50 cents per hectare as opposed to US$12 for chemical pesticides and $15-20 for other bio-control agents.

That is clearly a major consideration in the countries in the front line – many of them among the world’s poorest.

A different, but also highly effective biological approach is Green Muscle ®, a bio-pesticide developed by the International Institute for Tropical Agriculture’s biological control centre in Cotonou, Benin, and manufactured in South Africa.

Green Muscle ® contains spores of the naturally occurring fungus Metarhizium anisopliae var. acridum, which germinate on the skin of locusts and penetrate through their exoskeletons. The fungus then destroys the locust’s tissues from the inside. This is definitely not good news for locusts, but the fungus has no effect on other life forms.

A product similar to Green Muscle ® is already successfully used in Australia, but the latter’s introduction in Africa and Asia is being slowed by several factors. These include a need for further large-scale trials, official approval of the product in several countries, and a relatively short shelf-life in its normal ready-to-spray liquid form. One drawback is that it takes days to kill the locusts. It is also relatively expensive and large-scale production would need to be organized.

A solution would be to store the product in powder form and dilute it just before use. Hassanali’s team has also shown that, if used in combination with a small amount of PAN, only a quarter of the normal dose of Green Muscle ® is needed.

Also being readied for the modern locust fighter’s armoury is a class of products known as Insect Growth Regulators, or IGRs, which influence the ability of hoppers to moult and grow properly. They have no direct toxic effects on vertebrates.

IGRs are effective for several weeks after application and can be used in so-called barrier treatments. In this method only narrow swathes of the product are applied, perpendicular to the direction of the marching hopper bands. Only 10 percent of the amount used in blanket treatment is needed. After marching over one or two barriers the hoppers absorb enough product to die while moulting.

As with PAN and Green Muscle ®, however, IGRs need to be aimed at locusts at an early stage in their lives, before they take to the air. That, in turn, requires an advanced level of surveillance and intelligence-gathering to make sure that any locust concentrations are nipped in the bud.

Although back at ECLO Keith Cressman has satellites, computers and mathematical models at his disposal, the weak link in the chain has been the time it takes to get good information from the field.

The mobile ground teams whose job it is to keep tabs on locust populations have to work in some of the world’s remotest, hottest and sometimes (for environmental and security reasons) most hostile places. A week or more might go by before a report from, say, the central Sahara, reached Cressman’s desk. By that time the locusts – “They don’t need visas,” he says – would quite likely have moved to another country or continent altogether.

This will soon change however. Field teams are now being issued with special hand-held devices to record vital locust and environmental data and relay them back to their own headquarters and on to Rome in real time.

Developed by the French Space Agency CNES, the eLocust2 device is able to bounce the information off communications satellites and have the data arrive in the National Locust Control Centre in the affected country a few minutes later, from where they are passed on to Cressman for analysis. In case of unusually heavy hopper concentrations, immediate action can be taken to make sure that the locusts never grow old enough to swarm.

Back to the field

“On a beautiful November morning (in Morocco) it’s clear, even from afar, that something’s terribly wrong with the trees around this tiny village. They are covered with a pinkish-red gloss, as if their leaves were changing colour…

“As you get closer, the hue becomes a wriggling mass; a giant cap of insects on every tree, devouring the tiny leaves. Get closer still and you’ll hear a soft drizzle: the steady stream of locust droppings falling to the ground.”

Such nightmare visions, and locust plagues with them, may one day be a thing of the past.

READ  11 deadly pitfalls to avoid when getting into real estate

The Mango Farm plantation estate is in the small leafy…

How to calculated the quantity of building materials for your house 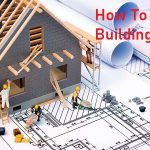